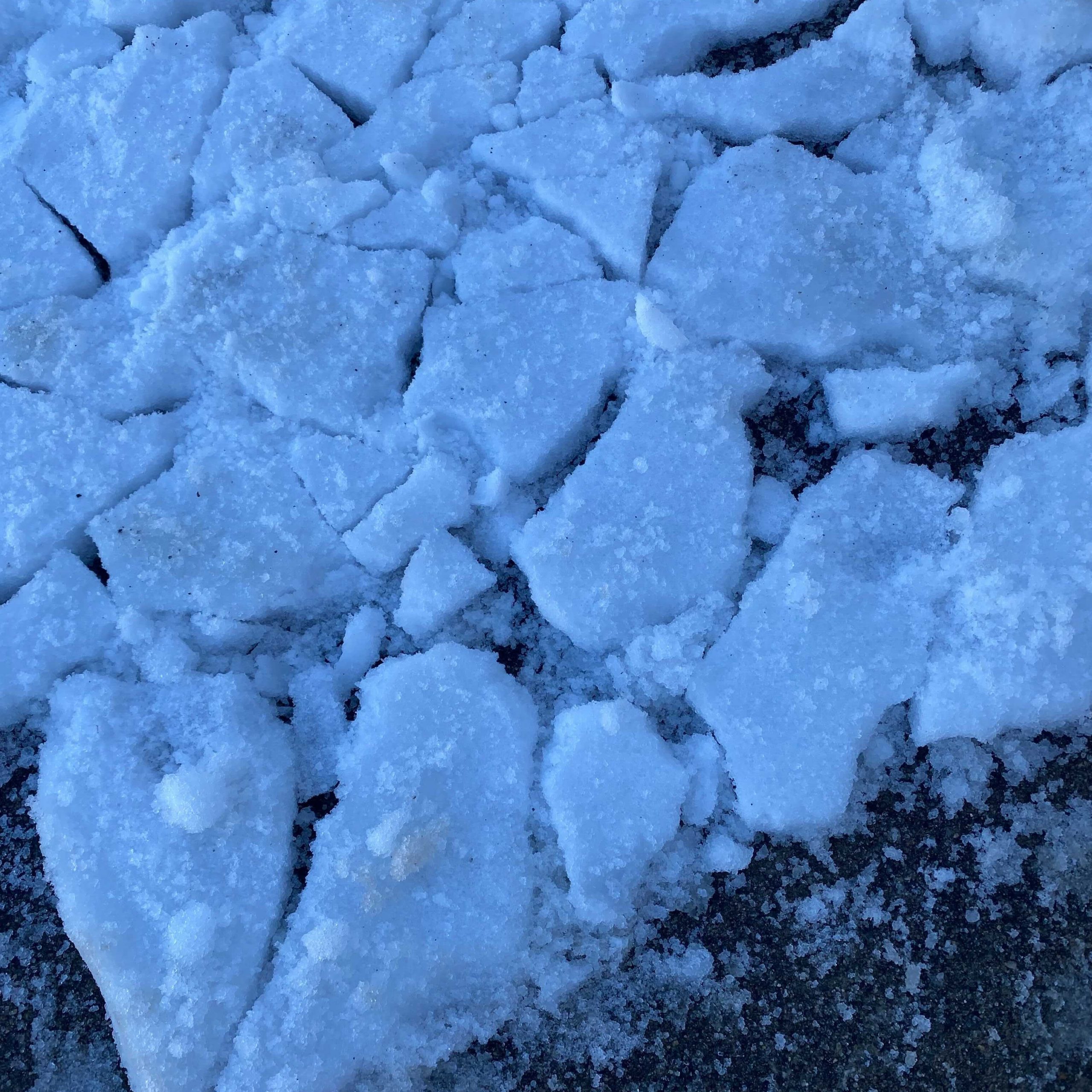 In case you have been living under a rock (which is now covered in both ice and snow), its been some challenging weather in the Ohio area the last several days. Actually, challenging weather in lots of places from what I have seen, but I can only speak to here. The rain started on Wednesday night and shifted to sleet and turned into little ice balls and finished with snow. Most everywhere around here was under a Level 2 or Level 3 advisory for the last few days.

Our neighbor across the street takes great care of their yard. During the summer months she is always out mowing the lawn, raking the leaves, watering dry areas, pulling weeds and all the things. In the winter, she is the first one out to shovel the driveway and sidewalks. I’ve gotten used to hearing the scrape of the shovel after snowfall.

However, I WAS surprised to see her out there on Thursday. She was hard at work, but the sheet / snow / ice balls were still actively coming down. She did the whole two car driveway and sidewalks on both sides. Probably 20 minutes later, all the naked concrete was covered up again. I mean, you still could tell she had shoveled / scraped because it wasn’t as deep. But still, all her hard work appeared to be a waste.

Friday, same thing. It was still actively snowing and she was out there again. Scraping, chipping up ice, shoveling a path. The driveway AND the sidewalks. And just like the day before, after a little bit the ground began to be covered shortly after she went in.

It all seemed a bit foolhardy to me. I mean, just wait until it’s done snowing! Wouldn’t you rather conserve your energy and time and shovel once? This snow is just gonna keep on falling and falling. The whole city is shut down so just relax instead of going over the same ground over and over?

Not until today did I realize the wisdom of my neighbor. As I was chiseling inches of ice off my driveway, hers had been clean and dry for hours. By doing it a little at a time, in the end she really saved herself a lot of effort. She didn’t let the ice get too deep, or let the snow pile on too high.

And that’s really how we should approach our health. Instead of waiting until the yearly physical, or the vacation or after something tragic happens … we should take care of our wellness a little bit each day. By not letting ourselves get in too deep of a hole, we don’t have to make the climb out be so daunting.

And that looks different to each of us. Maybe it’s moving a little bit every few hours. Maybe it’s finding a book series that helps calm the mind before bed. Maybe it’s having a few healthier snack options within arms reach while working from home. Maybe it’s getting a cool water bottle to carry around so you drink more water.

We strongly believe that health is multifaceted, and that any positive action in one area can have an impact on other areas. Choose one action this week to give yourself some momentum for your health.