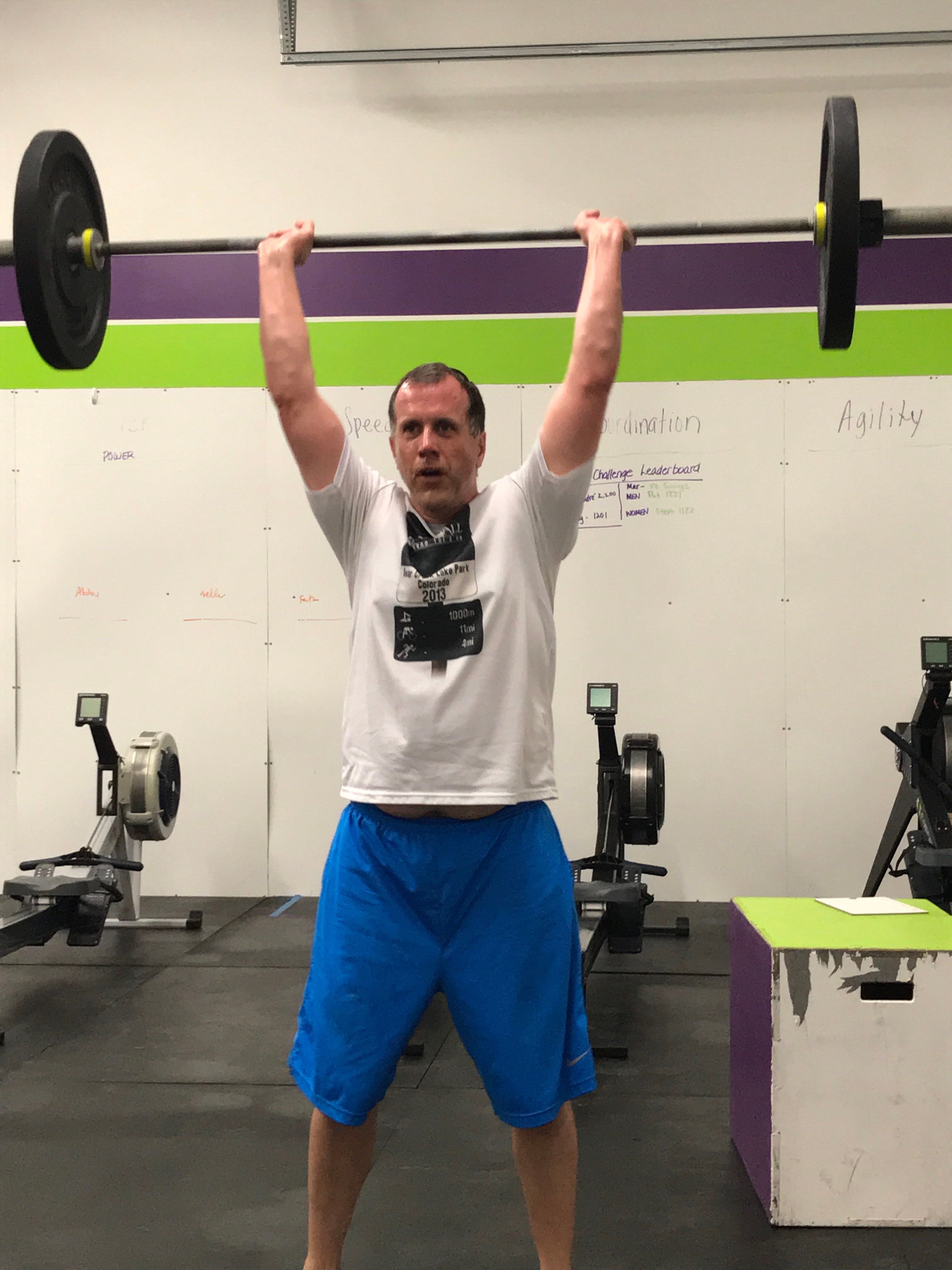 I just started CrossFit a few months ago, why would I even consider the Open?  I’m not striving to be a “super athlete”. These were my initial reactions to participating in the Open.  Ultimately, I succumbed to peer pressure as everyone in the box continued to tell me how great it was and how I should absolutely do it.  I am so thankful I did! While there were a number of benefits from competing, two stand-out in particular; pushing myself beyond my perceived limits and the camaraderie felt in each Open competition.

Nearly every CrossFit workout I have done has pushed me.  However, the Open was different. In the “normal” workouts, I’m competing against myself.  Sometimes I’m satisfied with my workout even if I shouldn’t be. In the Open, I’m competing against others, not only in the box, but across the country and world.  Wanting to post a respectable score pushed me to get that extra rep or shave that extra second. It also made me focus on strategy; thus, maximizing my efficiency throughout the workout.  Well, “maximizing” might be an ambitious word but it did help me to push my way further through the workout by being smarter about my approach. This experience pushed me further than I thought I was capable of and has opened my eyes to pushing myself harder in my everyday workouts.

The camaraderie throughout the Open was incredible.  One of the things I love about CrossFit is the sense of community.  Whether it’s everyone congratulating each other after a tough workout or something as simple as helping each other put away weights, the sense of community is immense.  Like most things in the Open, camaraderie reached a new level. The atmosphere on Saturdays, our main competition day, can simply be described as festive. We always cheer and encourage one another but we’re all working out at the same time.  In the Open, you have the opportunity to watch and cheer for each other. The cheering would intensify during each heat as we pushed the athletes in that heat to get just one more rep. I wanted to be there for every heat as the experience far surpassed any expectation I had about the Open.