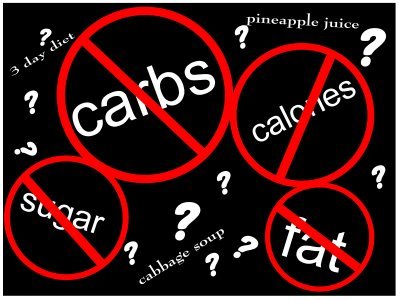 As promised, we will be discussing some popular fad diets. This will be a three-part series, discussing six of the most popular fad diets, especially in the CrossFit community. This week, we will talk about the two of the most trending fad diets right now, the Ketogenic Diet and Intermittent Fasting. This blog series uses scientific evidence to support or reject the claims made by these diets. It is important to look at the research before beginning a new diet in order to be informed of the potential benefits and pitfalls. Eating is a matter of sustaining a healthy, well-balanced diet to properly fuel the mind and body, so take caution when starting!

To reiterate from my Introduction to Fad Dieting post, fad diets promote quick weight loss, usually through an unbalanced diet.  These diets can lead to weight regain when you discontinue them, which is known as yo-yo dieting. Fad diets may be very restrictive, which can be harmful to our health in the long-term. (Knappenberger, 2018)

Fad diets have some qualities that make them easy to pick out. Here are some things to look out for: (Knappenberger, 2018) 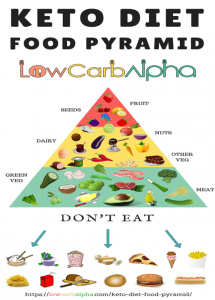 This diet puts the body into a state of ketosis, which is when ketone bodies are produced by the liver, and used as fuel instead of carbohydrates.  Ketone bodies are the byproducts in the process to breakdown fat to be used as energy. This diet is essentially a “starvation diet” because the body and brain are starved of glucose, which is the main source of fuel for the body (Gildea, 2017).

This diet promotes the idea to train your body to stop relying on glucose and to start relying on fats.  It claims that you’ll eat less and feel more full, which leads to appetite control, weight loss, better focus, improved cholesterol, improved blood pressure, and more regulated blood sugar levels (Knappenberger, 2018).  This diet is traditionally used to treat epilepsy in clinical populations (Gildea, 2017).

One study showed that endurance athletes that followed a ketogenic diet for an average of 20 months had higher rates of fat oxidation.  This means that these athletes were better able to use fat as energy during exercise as opposed to carbohydrates, which are typically the fuel source.  The study also found that there was no difference in resting muscle glycogen or level of glycogen depletion after 180 minutes of running and 120 minutes of recovery in the ketogenic versus the high carbohydrate diets (Volek et al., 2016).  This shows that muscle glycogen is used at similar rates in these very different diets.

Another study showed similar results of higher rates of fat oxidation in elite race walkers that followed a ketogenic diet (Burke et al., 2017).  However, this study also showed decreased performance in these athletes (Burke et al., 2017).  These studies show that there are higher rates of fat oxidation during exercise, which can aid in weight loss.  However, there is inconclusive evidence to support ketogenic diet for increased exercise performance.

As you can see from the diet protocols, this diet is extremely restrictive.  Our brain requires 130g of carbohydrates per day to function, which may not be met if following the diet strictly (Knappenberger, 2018).  Limiting most form of carbohydrates can lead to poor energy, focus, and mood during activity.

It is known that fatigue sets in when glycogen stores are depleted during exercise (Volek et al., 2016).  Research over the past few decades has supported a high carbohydrate diet in athletes to replace depleted glycogen stores (Volek et al., 2016).   Glycogen is the stored form of carbohydrates, and converted into energy during exercise.  This low carbohydrate diet may lead to earlier fatigue and increased risk for injury due to depleted glycogen levels (Knappenberger, 2018).  Another potential pitfall is sustainability of the diet.  A low carbohydrate diet may be very difficult to follow, especially in the long run.  There is also the potential risk for kidney damage (Gildea, 2017).  Since this diet is relatively new, there is very limited research showing the long-term effects of this diet. 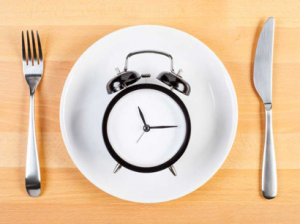 Intermittent fasting describes a cycle regimen of periods of eating and periods of fasting, or severe calorie restriction (Caramoci et al., 2016).  This diet does not have any restricted foods during the windows of eating, but healthy foods are encouraged.  Some of the most common cycles includes 24:24, 16:8, 18:6, and 20:4, fasting:non-fasting (Caramoci et al., 2016).

A potential benefit of this diet is that it can promote weight loss due to calorie deficit.  This may be beneficial in a clinical population.  Much like the ketogenic diet, there is inconclusive evidence to support this type of diet in exercise performance.  One particular study looked at 3 days of intermittent fasting (abstaining from food from dawn to sunset) on consecutive sprints (2 sets of 5 by 5 second sprints with 25 seconds of rest between sprints and 3 minutes of rest between sets) (Cherif et al., 2017).  The study showed that sprint speed and vertical stiffness decreased within the sets of 5 sprints in the fasted group versus the fed group (control) (Cherif et al., 2017).  The study also showed that there were improved HDL (good cholesterol) and triglyceride profiles (Cherif et al., 2017).  Overall, this study showed decreased performance.

A potential pitfall of this diet is that it may be difficult to adapt to daily routine.  Eating with people or as a family is a major practice that may be disrupted by this diet, so it may not be sustainable over long periods.  Due to restricted calories, this diet may cause poor energy, focus, and mood.  This diet may also lead to malnutrition or insufficient nutrition due to restriction.  It would be important to eat nutrient dense foods during the feeding periods.  There may also be increased risk of injury and fatigue during exercise.

Stay tuned for the next series of fad diets, Paleo and Zone.